So it’s been 3 years since the last blowhole post saw the light of day and for the last few years we’ve all grown and changed and become oldish peoples..we decided recently that the Internet could use a nice dose of b-holian point of views and an updated version of the same old funk.

Bear with us while we reconfigure and figure out what this site is going to become..it should be an interesting ride

Nicole this reminded me of you! You are awesome! Good luck in NYC!!!

I was just practicing guitar a few minutes ago and it struck me that my neighbors might not appreciate their very weird and very artsy neighbor serenading them at 2:30 in the morning. I don’t know for sure whether or not they can hear me but my first/best guess is that they probably can and so I stopped. So what if on occasion they play their music loud through the stereo system in their car at noon on a Sunday when I’m trying to sleep and it annoys me or that they seem to have an affinity for annoying me by having long and very loud arguments right outside my bedroom window. It’s the price we pay for choosing to live so close to each other. So why do I worry I might be upsetting them with my playing?

I’m currently working on some Steampunk costumes for myself and my friends for a steampunk masquerade ball next month. It’s been fun creating something so different and so girly for a change, corsets and ruffles and lace and little brass watches and long full skirts that drape the ground and trail behind you like shadows. I should be doing other things of course but I wouldn’t be me if I wasn’t procrastinating.

When a car drives by outside at 3 am on a (now) Wednesday I instantly wonder where they are going? What poor soul is leaving for work at this hour? What poorer soul is just getting home?

I’m still working at the daycare. We are trying, moderately successfully, to enroll kids. I can’t believe that next month it will make a year since I’ve worked consistently with children. I miss them. I miss their little laughs and smile and the funny creative ways they look at the world and the little pictures they draw for you when they like you. I miss having a legitimate accuse to finger-paint and play with barbies. Hopefully things pickup.

I was eating an orange yesterday I wondered about the first person who ever ate an orange..What must that have been like. He probably bit into it peel and all and thought it was sour and there was a good chance it might kill him but when it didn’t he gave one to a friend saying, “Try this! It’s good, I had one the other day!” And his friend said, “Oh yeah, I’ve been eating those for years! I can’t believe you didn’t know about those things. You should try taking the outside off. It’s better that way just ignore the white stuff.” I don’t know why this imaginary person is kind of a hipster but apparently he liked oranges before they were cool.

I saw the Wiyos play at Artworks, The Harlem Globetrotters at the War Memorial, watched several friends of mine play gigs in bars; I had my work displayed in the Artworks gallery, celebrated 3 family birthdays, and watched the Pens dominate this season. So far it’s been a pretty good year.

(i’ll try to post more, but now you’re pretty much caught up.)

Damn Right It’s Better Than Yours 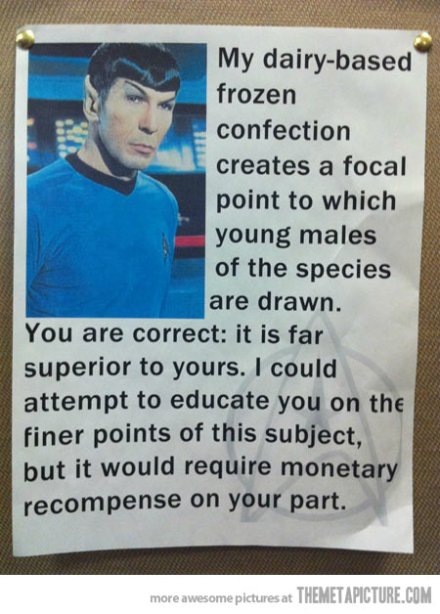 Fear of the things you make

essentially that people won’t like the things you make and by extension not like you. Ever feel like that? This video has gone viral over this month and tons of people have responded. What do you think? Do you often have a hard time making or doing the things you love because you’re concerned that other people won’t like or understand it and that because of  that they might no longer like or understand you? What keeps you from just doing the things you like to do without worry or fear?